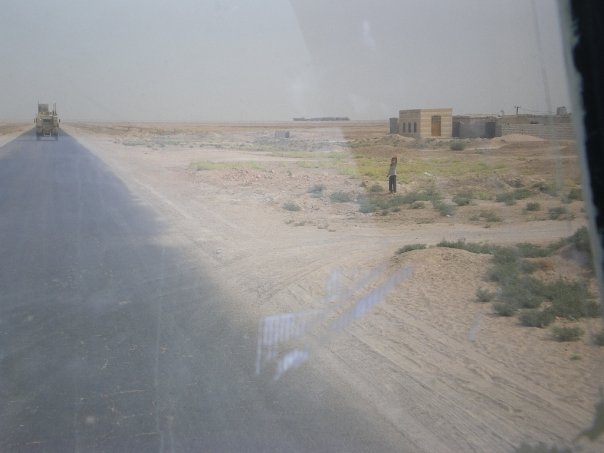 I really wanted to write something powerful, something meaningful, something worth your time. I’ve been mulling over themes and chasing streams of thought for weeks. Sometimes they flooded my mind and overwhelmed me. After all that I’m left with one thing – a sense of depression, absolute hopelessness.

It’s been 17 years since the attacks. That’s so hard to wrap my head around. I was 17 when they happened, my life now bisected by one of the two seminal events of the 21st century. The other being the global financial meltdown that started roughly 10 years ago this week as well. For people born between 1980 and 1990 (1984 for me) we are a sort of new Lost Generation.

That term was applied to the men who were of fighting age during The Great War, the War to End All Wars. So many of the world’s young men fought, died, were maimed, or left mentally broken that it was as if an entire generation of men had been wiped out.

Bring that forward a century and we’re left with a generation of men and women who should be in their prime years relative to economic earnings, professional growth, and national (global) health, yet we seem lost. We came of age in a dark new world obsessed with global terrorism. As we came into our own and went out into the world all the opportunities we had worked towards vanished in the smoke of Bear Stearns and Lehman Brothers.

Nothing is guaranteed. Having grown up in the Rust Belt I am acutely aware that the economic promises you grow up looking forward to may no longer be there. We aren’t entitled to the jobs of the previous generation. The dual shocks of 9/11 and the Great Recession, just 6 years separated, are historical traumas that were never seen in combination for the United States. Such burdens were never heaped upon a single generation to carry.

And that’s where I’ve been stuck for weeks. Yes, Millennials are the ones left carrying that load. We have been the ones doing the bulk of the fighting and dying in the Global War on Terrorism. We are the ones left with the financial burden of all the bail outs and exploding national debt. The Americans on their way out have stuck us with these unending problems of fighting terrorism wherever it may be, with caring for the largest group of retirees who keep living longer, and with the astronomical bills that come with both.

Is it really a wonder why so many are so cynical? Why so few of us are optimistic for the future? How we struggle to think of a time when America was so great? The American greatness we were all brought up believing in began dying with the PATRIOT ACT, took another fatal blow when we became engulfed in Iraqi insurgents, and was left laying facedown in an alley by 2008. Some politicians tried to sell us hope. They left us with our hats in our hands, still plodding down the same path.

But corporate profits are at all time highs! Our stock market is a runaway bull! Our military is being rebuilt with a $716,000,000,000 annual budget!

While we wait here for the meager drops to trickle down, our futures continue to be sold out. A handful continue to gain wealth off of the blank checks they write on our futures. It’s an old trope, and one nobody should be surprised to see.

What should anger us is the complete apathy so many of us display. We are willing lambs trotting off to the slaughter. Take our pelts, they will provide tax shelters. Have my limbs, they’ll prop up the failing institutions. Take my organs, they’ll keep business producing. Take my brain, we sure as fuck aren’t using it. Take me and use me up. I am your sacrificial lamb on the alter of national security and the ax of economic growth.

Seventeen years have gone by. A new generation is taking up the fight abroad. You’d be hard pressed to find many people who know it though. We’ve gone on in a quiet malaise for so long that Americans have forgotten. We’ve forgotten what normal looks like. This course of never ending small wars that impact so few that America can hardly be bothered to pay attention anymore. Get out there and stand for the anthem on Sunday, show everyone you’re a patriot. But don’t you worry about the families that continue to be broken up by the wars we no longer talk about. Mount the Stars & Stripes on your pick-up for all to see. Don’t worry about defense budgets that continue to swell and swell, that bill will come due long after those who wrote the orders are gone.

Are we doomed to be victims of our own uncaring, self-centered attitudes? As long as the screen in our hands is there to comfort us in a soft glow of memes we will keep moving down this line. Our miserable Kardashian-obsessed existences will be their own undoing.

All aboard the express train to Dystopia. It’ll be masked in complacency, a slow roll to handing over basic rights one bit at a time. Because we never said STOP to this insanity. We haven’t shown any organized anger over the bankruptcy of our nation, morally and monetarily. The longer this is sustained the harder it will be to ever come back. War without end, so long as it doesn’t impact too many. Each year a few more subtle whacks at civil liberty in exchange for security. Ironic that all the fears of pop culture in the 1980’s are now coming to fruition.

I’ve shared a lot of words on 9/11 on here previously. Some more eloquent than others. In three different posts – here, here, & here. I truly hoped to bring some new insights. But 17 years later all I have for you is a swamp of sadness. The Nothing is coming, and I don’t see Atreyu on the horizon.