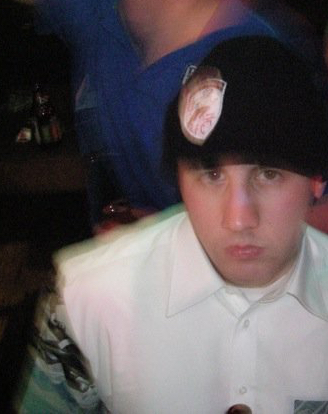 I’ve written about Thanksgiving previously, and at this point I don’t know if there’s much else to tell. It’s my favorite holiday. A simple day to be with those you love, share a wonderful meal, give thanks for what we have, to serve others, and it’s often overlooked. Not even a speed bump on the road from Halloween to Christmas anymore, Thanksgiving is the forgotten middle child. It seems supremely American to ignore a day for showing gratitude and humility because we need to go shopping and accumulate more shit.

In that spirit, I’m writing about Christmas on this day after Halloween. Specifically my Christmas in Korea. I’m in the mood with an All American beer in my glass, a Budweiser. I’ve even got Christmas music on – Bad Religion’s ‘Christmas Songs’ that is. No wasted words, let’s get this shitshow started.

December 2007, Echo Battery 1-43 ADA is on Red Cycle at Camp Casey, ROK. That means we’re doing nothing but shit details for the month. Basic maintenance each Monday and typical motor pool close out on Friday. Other than that there’s essentially no training going on for us. No field exercises either. Just pulling all the lousy details around the base. Each unit on Camp Casey rotated this bullshit work, we just got lucky to have December. This meant that the NCOs and LTs had to do courtesy patrols around the Ville, because having a couple people in uniform walking around and poking their heads into the juicy bars really kept Joe from acting like a drunken fool.

It also meant that each day we had people pulling gate guard duty at the Ammunition Holding Area. The AHA was a series of large bunkers with a go-to-war stockpile of ammo that each of the batteries would need. Our brigade, being a fires brigade, had dozens of MLRS missiles, also our battery’s bunker had all of our Stinger missiles. Each one held everything a battery would need in the event of a war. So that included bullets for M-16s/M-4s, M-249 SAWs, M-240Bs, M-9 pistols, grenades to throw, grenades for M-203 launchers, belts of .50 cal for the M-2s, also for our Avengers’ M3Ps, and any shoulder launched rockets that we might’ve had (maybe none?). Boxes upon boxes of death, neatly stacked and inventoried monthly.

Typically two or three soldiers would pull this gate guard duty for a 24 hour shift. In one of the few acts of genuine leadership my battery commander gave the Joes Christmas off from this duty and split the day into three 8 hour shifts. The commander and first sergeant took a shift, the platoon sergeants had the second shift, and the LTs were assigned the overnight shift. So Christmas night was earmarked for me. A date with tons of ammo that hung over the day, and the entire month leading up to December 25th. Not the worst way to spend Christmas in the Army, but that’s about the best thing you could say for it.

I spent the month slowly mailing gifts back home and also got a few large packages a week or so before Christmas. Of course I just started opening the presents and only found the card saying “Wait until the 25th” after I got to the bottom. Trying to explain all this to my family over Skype wasn’t the easiest thing, but I probably just had a few drinks and got through it like most of my calls home at that point. So my Christmas came early, I didn’t feel in the mood for any holiday cheer. All I really wanted was to get to New Years Eve. Heathen holidays are my jam.

Not all was depressing. A couple friends from college messaged me to ask if there was anything they could send from home that I really wanted. Of all things, I asked for a nice thermos. I couldn’t find one I liked on any of the US bases and I had a lot of field time coming up through winter. As unimpressive of a request as that is, my friends just said OK and sent me a gorgeous Stanley thermos. Glass lined for extra hours of temperature preservation. I was so happy to get it and touched at the small gesture. Then I opened it and heard rattling. Opening the container I found it loaded with hard candy… and broken glass. A nice touch of including some sweets ended up breaking the lining on the trans-Pacific trip and rendered the much anticipated gift rubbish. That’s a really good metaphor for being at Camp Casey.

So what of Christmas day? Well early in the day I called home and saw my family. My college roommate turned next door neighbor at Casey was back in the US on leave, so it was especially lonely. My friendships with expats in Seoul were the saving grace. I was invited to a party down at one of their apartments. Most of the usual rugby folks I’d hang out with on the weekends were there, they made a feast that chased away any homesickness. There was even a sex toy gift exchange. As much fun as that sounded to me I couldn’t bring myself to walk into the one toy shop near Camp Casey for fear of one of my soldiers seeing me. That sounds silly now, but I jealously guarded my credibility. So I just watched the blind Secret Sex Toy Santa and gulped down egg nog. Knowing my time was limited I indulged to excess without shame and everyone knew why. My friends could not believe I had to get back to Camp Casey to sit in a cinderblock hut and guard bullets.

My shift at the AHA started at 11 pm. It took about an hour by train to get back from Seoul. I pushed it as long as I could and stayed at Amanda and Dawn’s party until just after 9 – maybe, memory is fallible. What I do remember with certainty is that the other LTs in my building were about to leave for the AHA just as I was getting back. I still needed to change into uniform and grab some things for overnight. They waited up for me and we got to the AHA just in time. The platoon sergeants all gave us shit for being typical lieutenants, we all had some laughs and they went on their way.

As we settled in, figured out what paperwork needed to be filled out, and took stock of the guard shack we would be hanging out in I found a few cots in a side room. I went back to the main room and told the others what I found and that I was going to lay down. My stomach was starting to revolt on me and I needed to let it settle. Booze or not, I just had too much egg nog. Mix in the alcohol and all the food I shoved down my gullet and I was in bad shape. I laid on a cot, figuring I’d rest for an hour and then feel fine.

Several hours later I woke up.

The Boxing Day crew came in to relieve us not long after I woke. What an easy night. I felt great, if a bit sheepish. I told the other PLs they should’ve dumped my ass out of the cot, but was happy they didn’t. In all honesty it was silly having more than two people on that detail, but having 5 lieutenants was just how our commander set up the roster. We all knew that each of us spent time sleeping and were sure the PSGs had done the same.

So that was Christmas in Korea, drunk and sleeping through AHA guard duty. What an American Hero. Thinking back on it I think that this point in my year in Korea was when my drinking was about to get out of control. It was just easy to always laugh it off. Chalk it up to making the most of a short time. Go balls to the wall or else you’re wasting your opportunity. The picture I selected for this post is of after our St. Barbara’s Day ball, out in Hongdae (off limits area) and busting curfew. I have no pictures of Christmas and this is about as close as I could find.

So this was kind of a shit post, but I needed to get back to writing and I promised to send a special story to an anonymous captain in Afghanistan who has kicked his Christmas celebrations into full gear already. It’s cool, I too love Mariah Carey.

Until we meet again.